On the Road to Recovery – Top CEO Actions 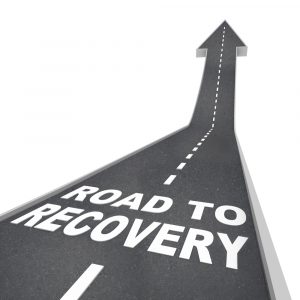 As the CEO of your company you want to be able to tell yourself in the near future that you have led the organization from crisis mode to a growth trajectory. It would be even nicer if your executives will say that, but let’s not be so greedy; your executives have their personalities and self-claim to fame, as most do, so prepare yourself to be content with your own positive self-reflection.The true test of leadership is being able to do just that – lead out of crisis.

And here’s Opportunity lying ahead, with its eyes looking straight into you; it says: show me!

It’s going to be a race, or it’s already a race. The winners will be the strongest and the fittest. When you prepare for a race, you don’t preach to your muscles about values; rather, you work with them to make them stronger. As CEO of an organization your executive team is your particular set of muscles, and in order to focus on them you first have to think less about yourself.

Over the last decade I’ve consulted dozens of technology executive teams and helped them construct a leadership process that’s both strategic and tactical, adaptive and practical. I have seen how groups of executives whose function depended heavily on their CEO turned into leadership teams within a short period, showing coordinated abilities and teamwork that were unprecedented for them. The CEO through this process turns into the ligaments that hold all these muscles functioning together in the same direction.

There’s nothing better for a company than a leadership team with a unified plan; it can make all the difference on the road to success in today’s harsh environments. As the CEO of this team, this is one obsession you should have, plan for success and revise the plan continuously – you can never do too much of that.

Whether your company generates revenue, developing products or services, or, as the case is in many companies, it has both types of programs, the examination starts with defining each revenue stream, actual or potential, to be reviewed at least once a quarter, from top to bottom, as if it were an independent business, and then, whatever decisions come out of this review, they should be compared with the other revenue streams based on their prospective ROI – the return on incremental investment. This periodical review asks the following categories of questions about the past, the present and the future of such supposedly independent businesses.

This process may seem long and arduous, and it is. Unfortunately, there are no good shortcuts. However, once the structure of this Dissect – Analyze – Test process is done, the revisions are certainly less burdensome. They work like a comprehensive checklist for the entire operation of the company. As CEO, your job is to ensure that the team doesn’t take any shortcuts, all questions are asked, again and again, even if they were already asked multiple times in the past, and that’s because we’ve all seen that Shift Happens continually in the circumstances.

But I almost hear you thinking right now: Yes, this process is worthwhile, but I already have done all of this. Almost all CEOs think that, because it might in fact be all there – in their own heads. You will realize how far your team is from thinking like you only when you go through the motion, relinquish your authority during the examination process, let your team members participate freely and openly, and not under time pressure.

It might seem to you like a circuitous route to get to the same result that you already have in your own head, and that you might dictate, or semi-dictate to your team members, but it isn’t. There’s a huge difference between a plan that’s hatched in your head in which your executives partake, to one that’s hatched in team deliberations and examination. This one has buy-in built into it, no differences in interpretations, no escapes from responsibility, strong team responsibility and group pressure on divergent individuals. Just think how much time and effort are saved! Just remind yourself of all the unnecessary discussions that took place recently. Wouldn’t you think it’s worth the effort?

A case of one of my clients proves that this revenue stream analysis process can actually save a company from self destruction – so said the CEO to me after three quarters of practicing it as their regular quarterly review.

The company had three revenue streams at the time: one that was turning low profits, a second that was highly profitable, and a third stream that was in development with no actual revenues. This is how I called them at the time: the old workhorse, the winner horse and the young colt that’s being groomed for a bright future in the races. The workhorse was just getting old and his yield was diminishing with time. The winner horse was based on a new concept. 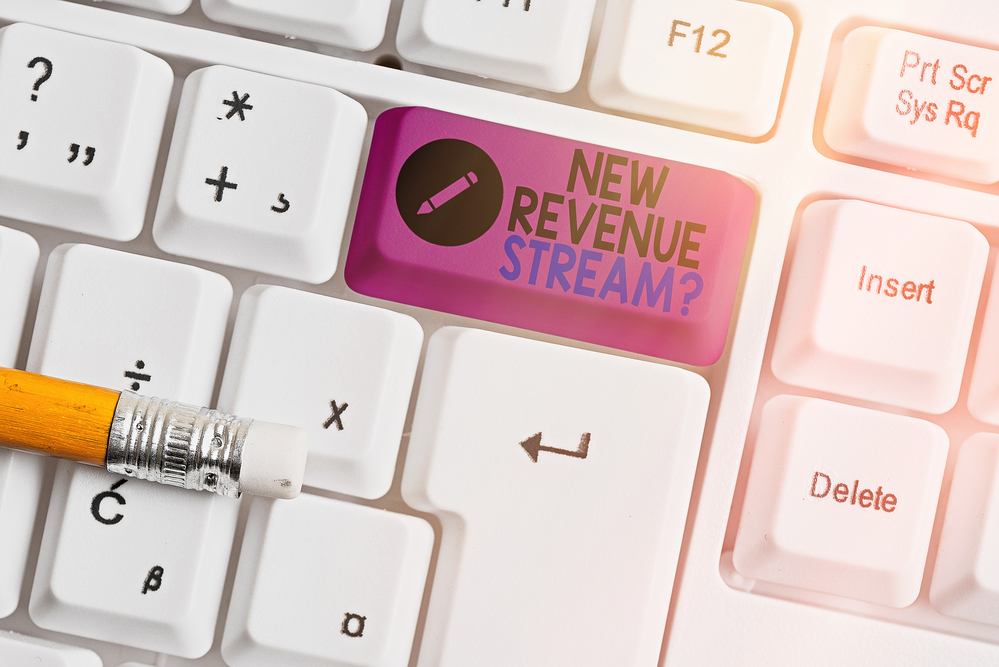 However, the company’s managers knew that it wouldn’t be long before competitive pressures emerge, and as a result profits will inevitably see attrition. They thought they had enough runway until such pressures took hold, so they were moving resources from the old revenue stream to the profitable stream – in effect starving the old horse and feeding the winner horse. The consensus was: in the time that’s left, we will make enough money on this winning steak to keep us afloat for the future, and give us the ramp-up time needed for the new project to mature to success.

As an outside consultant to the company, I could see what they, apparently, didn’t – the plan was smart, but very risky. It was based on three unproven assumptions. In hindsight, it was clear to them that all three assumptions had been wrong: the young colt didn’t grow to win races, the window of opportunity for the winner horse was cut short as the competitive pressures emerged much earlier than expected, AND, the old horse wasn’t such an old horse after all.

The revenue stream analysis that I influenced them to accept as their key strategic examination, highlighted the total risk and convinced them not to neglect the only predictable component of their strategy – the workhorse, that once it was fed appropriately showed the potential of what’s left in him.

The company avoided the inevitable disaster by uniting the leadership team in a methodical approach of Dissect – Analyze – Test. And that’s why the CEO said that I saved his company.

A good plan is the hard skill that your organization needs to succeed. All the teamwork attributes of this approach to planning – buy-in, accountability, etc. – are the soft skill that your organization needs in order to execute it effectively and efficiently. Not to mention that it will be a lot more enjoyable to you to see your executives really work together as a winning team.

Here are some additional questions and thoughts for you to consider:

We have shared goals at the executive level; isn’t this enough?.

You have shared goals at the executive level, but your experience tells you that despite that, you can’t actually say that all your organization’s units are well synchronized and coordinated. Your sales unit is ahead of R&D, or vice versa, your Customer Success team is in catching up mode, etc. The devil is in the details.

Executive level goals may seem to be specific enough, but once they are translated to the execution level, gaps are created, and because they’re rarely visible, the correction is often too late to resolve them. An organizational consultant that’s trained to look at misalignment between units will discover these relatively quickly. A thorough deep-dive into the execution strategy (the process described above) will prevent much of this misalignment.

How deep does the shared plan need to be?

Executive decision making should not be done in isolation – the people who are in charge of the execution should be involved; they’re the ones who know best how to estimate the level of effort and the execution risks. Director level managers could be invited from the start, in small companies, or in a phased approach in a larger company. Either way, the process should be iterative, going back and forth from executive talk to execution talk until the plan is well understood, and is considered doable.

There’s no need to be monotheistic about your goal management systems. Our contemporary work is so complex that not one of these systems can cover all needs and ensure effective and efficient execution.

MBO, in most of its current implementations, tends to build goals with a bottom-up approach; each employee submits a proposal for individual quarterly goals with the company’s overall goals hovering above as spiritual guidelines. OKR, on the other hand, emphasizes a top down approach. Each high level goal is broken down into lower level goals that go further down in the organization with each level of the hierarchy. Because of the complexity of our work, employing OKR throughout the organization creates so many misalignment gaps at the lower level, that companies that adopted it also adopt along the way a policy that accepts “NOT achieving goals” as a norm. And this is an execution principle that I object to, and I hope you would too.

Programs or projects that have a clear path with easily identified milestones and phases, should adopt a Waterfall (phased) approach, where each phase is examined by exit criteria. Whereby projects or development work whose steps and associated efforts are not well defined in advance, should clearly follow Agile methods. In general, you should make an effort to find small places in your organization or work to practice Agile teamwork, because its underlying philosophy is to minimize gaps among interdependent activities. It’s hard to practice on a large scale, but when it’s possible to break work down to smaller pieces, Agile can work also on large projects.

A hybrid approach of work management systems is more than legitimate – in many cases it is also desirable. Think of it as the nature of work dictating the tools that should be used and not the other way around. Wouldn’t you agree that it’s healthier this way?

As CEO, how deep should I oversee the execution of this transformation?

The rule of thumb is that you should focus on the leadership team and the rest of the organization will follow. But I recommend that you look at your team with broad eyes. The execution level – the Directors – should be actively involved. If you’re a young company with a frantic leadership team, mostly centralized around you, the CEO, do a big step toward decentralization and managerial processes that are team oriented as described above. If you are a large company with established managerial processes, study the key principles of Agile methods and do a clean sheet design with an aim to drastically shorten the length of the cycles of review-plan-execute and make them more frequent. The idea is to catch gaps when they are as small as possible.

The biggest change you will have to go through personally is to increase the length of the individual ropes with which you work with your executives, i.e., empower them more. You will actually increase the total control by reviewing the teamwork. For that purpose, to the process that I describe above you could add monthly or bi-weekly checkpoints. The idea is to create more frequent checkpoints with a structure that looks like a checklist: standard review process with pre-designed questions.

Make this the new DNA of your company: Together we are Stronger! And show them what it means to act together with the leadership’s teamwork and with checklists everywhere. You will fly safer than ever.